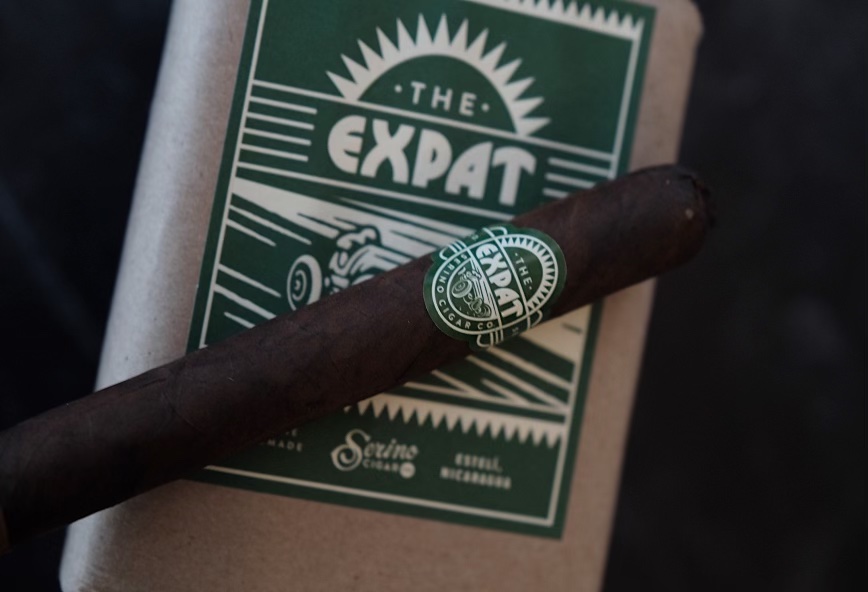 What started out as a cigar for a destination wedding is now getting a widespread release and two new vitolas. It’s the Serino The Expat, which is being added to the company’s portfolio as a budget-friendly option.

As noted above, the cigar was first released prior to the pandemic as a celebratory cigar for the destination wedding of a family friend of the Serino family, which is where it got its name, and where the name for the original vitola, the Passport, came from. It was then released as an exclusive to CigarClub.com and its members in the Spring of 2021, though with a slightly different blend than what is now heading to stores. “My father and I both thought for a blend of this type it needed some more pop,” Carson Serino told halfwheel. “Other than that the blend is pretty much identical to the original.”

The Expat in its new form is now going nationwide with two new vitolas just being added, while the Passport vitola has been on the market for about a month. As pictured above, it also has a pigtail cap and a brushed foot, the latter of which offers the smoker the flavor of the binder and filler before adding the wrapper shortly after being lit.

The line is offered in 10-count, paper-wrapped bundles, and is produced at the La Corona factory in Estelí, Nicaragua.

“We are proud to add The Expat to the Serino Cigar Co. portfolio,” Anthony Serino, president of Serino Cigar Co., said in a press release. “We believe this blend offers tremendous value to our customers while maintaining the ultra-premium quality that is the Serino standard.”

Sign-up below for news on new releases, exclusive offers, and more from your favorite brand.